It takes plenty of guts to stir up major controversy in the Canadian art world and to ruffle a few feathers around one of Canada’s most loved and honoured artists, Alex Colville. But, art conversations are meant to be academic, prodding and open to discussion in spite of its sensitivity.

In November of 2017, Susan Strachan Johnson, a local artist, and myself  traveled to Halifax, Nova Scotia to meet Alex Colville’s eldest daughter, Anne. We were spurred on to pursue this meeting with plenty of support from academics both from  the University of Guelph,Brock University, and a previous curator from the Ontario Gallery of Art who had coordinated a major retrospective of Alex Colville’s work in 2014.

The purpose of the meeting was to discuss several horse paintings that Alex Colville had done over the course of his career. All Canadian art lovers were well acquainted with Colville’s Church & Horse done in 1964 (and now found in the Montreal Museum of Art) and Horse & Train done in 1954 (housed at the Art Gallery of Hamilton, Ontario.)

The question and foremost in our minds was not that Alex Colville was not a magnificent painter of highly realistic subjects, but rather that his horse paintings in particular presented themselves as phantasmagorical or perhaps imbued with magical realism. The million dollar question was why?

Strachan Johnson had a solid argument that Colville was so influenced during his time as a Canadian war artist in 1944-45 while painting dead bodies piled in mass graves in the Nazi Germany concentration camp at Bergen-Belsen that Colville somehow came to view this haunting time in his life as transformative. The argument was made that the skeleton of a horse is very similar to the skeleton of a human body.

This project was never brought to fruition. While the family was open to the initial discussion, the project did not get off the drawing board due to the family’s strong feeling that Colville’s work would be undermined in the minds of the Canadian public.

Nonetheless, it was a wonderful experience to delve into the history and work of one of Canada’s foremost artists.

Categories: Remarque on the Move 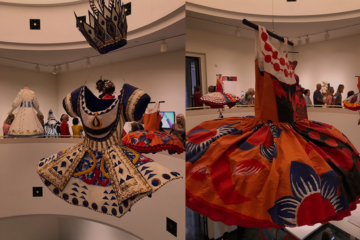 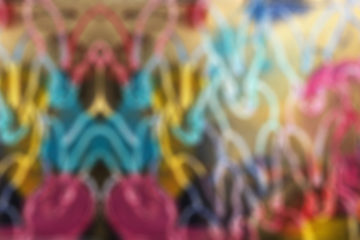 Remarque on the Move

Hunt Slonem in an American artist who is one of the favourite darlings of the American art scene. Slonem’s artwork is held in over 50 galleries and museums world wide and his Neo-Expressionist style set New Read more…

Life through rose-coloured glasses? No — but life through a spectacular kaleidoscope for a couple of hours.   This journey, on January 10, 2019, found me at the Morse Museum of American Art in Winter Park, Florida, inhaling the art Read more…